Stay up to date with all of the latest news with SZapp!

Welcome to an extremely unique Term 2, to what can only be described as unprecedented times for us all.  I trust that you are all well and doing okay during this time. Hoping that you have had an enjoyable Easter break and are keen to begin a new journey of learning.

Thank you for the positive praise many of you have forwarded our teachers. As you can imagine, teachers have been working hard to guarantee continuity of learning and have encountered a steep learning curve using technology to ensure this continuity.  I also acknowledge the efforts of our parents at home as well.  Your respect and understanding of what we have been asked to do in such a short time is greatly appreciated.

By now you would have received communication from your child’s class teacher regarding the learning students will encounter throughout the upcoming weeks. All year levels have access to a ‘Team’ in Microsoft Teams. This is where you will find communication, activities and resources for learning. Students can communicate with their class teacher(s) in this digital environment.  Whilst online, I urge you to continue to be vigilant with your children and their online chatting and learning.

Thank you for your patience with any tech issues when trying to login to your child’s Microsoft Office 365 account- there will no doubt be some issues when first using these new platforms. For technical support, please let the class teacher know that you require support and they will contact the school Information Services Support Technician.

We want you to know that we are here to support in anyway we can to help you through this time.

We are conscious that:

Some families are focusing on school work.

Some families are focusing on mental health.

Some families are focusing on survival.

Different families have different needs at this time.

We are supportive of all of the above.

Following are some links to information available for parents and carers who are supporting students learning at home. The following resources may be helpful.

Over the Easter break we have been working hard once again to maintain our school facilities. 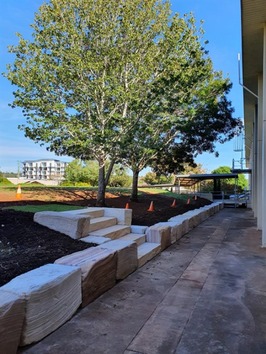 The Mercy Centre floor has been resurfaced and painted and looks so shiny and new it's hard to keep the children off the floor.  We have new lines and an almost new space to play and learn in thanks to Dan Harrold Flooring.

Also, during this time our amazing School Cleaner Kristie-Lee managed to complete her COVID-19 cleaning certification and clean every classroom, ledge, window, furniture, every surface throughout the school and in the playground.  It is wonderful to hear the compliments extended to Kristie-Lee for ensuring our school remains clean and safe for all of us.

Many blessings to you all.  We are missing you all and hope to see you all back soon. 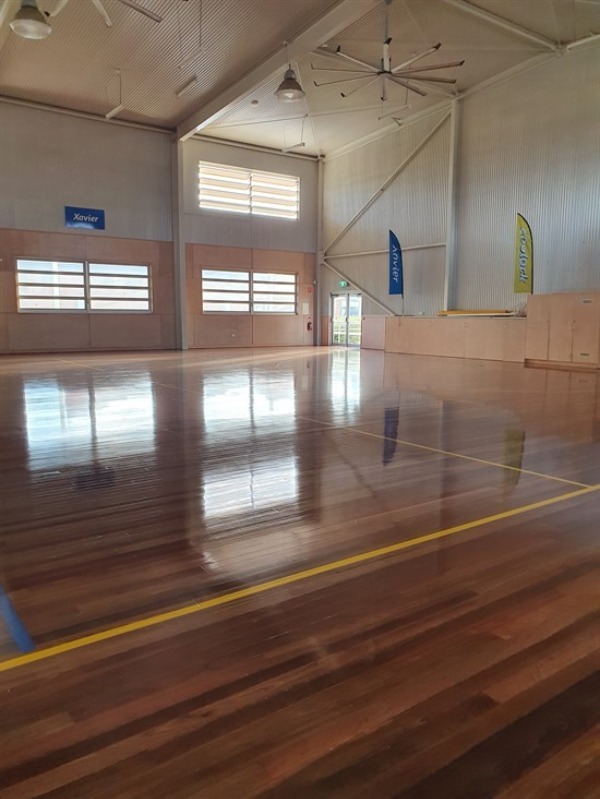 These past few weeks have certainly been out of the ordinary so I hope that you are managing to keep some kind of balance with work, school work and family time. For some of you I imagine that this has not been easy, particularly when we have all been asked to stay away from our support network (family and friends).

There have been many things that we have had to forfeit over the last couple of months:

to name just a couple. On Saturday, many of us would be involved in annual/ traditional ANZAC Day services however with restrictions in place our observances will be different but no less reflective or significant. At school here we are not able to assemble together however whether learning remotely or on-site, the message of ANZAC Day will be shared. If you are driving along Ruthven St, past the school on the weekend, keep an eye out for our ANZAC Day wreaths.

I am including the words here of Warrant Officer Cooper who spoke to our community in 2018. 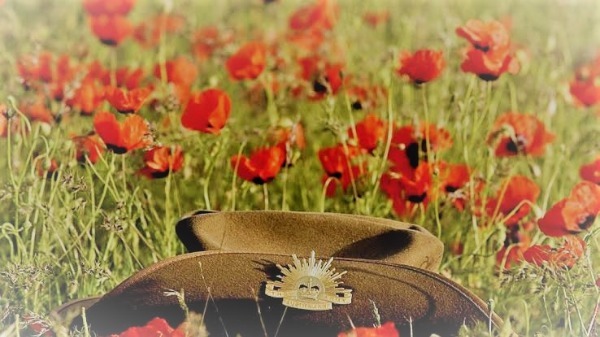 “Why is it that we use the day the ANZACs landed on the Gallipoli peninsula?

Why don’t we use the day the war ended? or perhaps the day a great battle was won? Like Villers Bretonneux? Why is it that we commemorate a defeat?

Before the Gallipoli campaign, Australians, who had an enthusiasm for Australia, had a greater patriotism for the old country, England. That is to say that they still accepted England as home even though they lived in Australia.

When Australians were called in 1915 to go to war, they enlisted partly for a sense of adventure and partly because the empire needed them. The Australians were, however, an untried force which the British thought to be “unruly and undisciplined”.

It was at Gallipoli that the reputation started of the Australian and New Zealand soldiers as being tough men, men who could endure, men who could go on fighting, no matter what.

It was at Gallipoli where it was seen that the Australian and New Zealand soldiers, even if beaten, were great fighters and their loss was not due to lack of courage, stamina, spirit or skill.

It was at Gallipoli that the legend of the Australian and New Zealand soldier was born and both were seen, not just as another country in the British Empire, but as countries in their own right.

I am sure that most of you know the story of Simpson and his donkey; but for those of you who haven’t, Simpson was an Australian soldier at Gallipoli who, with his donkey, Murphy, unselfishly helped wounded soldiers from the battlefield, and carried them down to the safety of Anzac Cove.

Unfortunately, after saving countless soldiers’ lives, he was eventually killed. So, it is important that all of us think of Simpson and Murphy with their unselfish acts tomorrow.

Usually, on Anzac Day, many people attend dawn services, Anzac Day assemblies and other special gathering but unfortunately this year that is not possible. That does not mean that Anzac Day will go unnoticed and unrecognised. Schools, families and community groups will determine their own way to acknowledge Anzac Day 2020.

We know that it is a day of commemoration, a day to say, 'thank you' and to honour all soldiers, from all wars, who have fought, and more importantly who gave their lives for Australia.

It is these sacrifices that allow us the freedoms we have today.

It is important to remember that ANZAC Day is a day that we thank all service men and women for the sacrifices they and their families have made. It is where we never forget our fallen. This is the reason every year we repeat the words…

“Lest we Forget”  (thanks to Warrant Officer Paul Cooper)

Fr Michael has sent a message that the ANZAC Day 9am Mass will be live-streamed from St Pat's for those who want to join in.

Look out for one another,

Welcome back to Term 2, whether you are visiting us here at school when you pick up your children or are touching base from home.

A few reminders for students who are attending school:

Each Wednesday a Caremonkey form will be sent out requesting parents to let the school know which days your children will be supervised at school.  This allows us to work out a timetable each week depending on the number of children.  Completing this each week is much appreciated.

For these 5 weeks, specialist lessons will look a little different for students at home and at school.

Mr Brendan Luck has provided physical education activities that students can complete at home and has provided an updatein this newsletter of how this will look.

Mrs Anita McVeigh and Mrs Anne-Maree Spalding are looking to provide classroom teachers with work to upload.  This can be completed at home.  This will not be mandatory work and the students at school will not be learning anything different during this period.

Both Mr Luck and Mrs Spalding will be touching base with students who are at school over the next few weeks. If your child is at home, please rest assured that they will not be missing out on new activities.

Mrs Jayne Greenhalgh will be uploading Japanese activities for Year 4-6 students to complete via Teams.  Again, this work is not mandatory and will not have any assessment tasks attached.

A special thanks to these teachers and all teachers at St Saviour's who have spent a lot of time preparing for online learning, as well as learning at school.

PE will be offered via remote learning this term utilizing Microsoft Teams. Students will have access to an array of different activities including dancing, yoga, juggling, locomotive and gross motor skills. All activities are accessible through your child’s class on Microsoft Teams under the channel ‘PE with Mr Luck’.

Students in prep and year two are being offered dancing, yoga, locomotive and gross motor skills such as jumping, skipping, throwing, catching, balancing and other exciting activities. To access these activities simple open the ‘PE with Mr Luck’ channel in your child’s class on Microsoft Teams and access the PowerPoint for the corresponding week of the term. There are also links to videos that explain different activities in more detail. Any question, please don’t hesitate to contact me via email brendan.luck@twb.catholic.edu.au.

Students from year three to year six are being offered dancing, juggling, locomotive and gross motor skills such as bouncing, throwing, catching, fitness sessions, skipping and many other exciting activities. Each class has a ‘trick shots’ file in the PE channel for students to upload videos of trick shot they have created around the house (MUST BE SAFE). These could be using any equipment such as a basketball and hoop to a pencil and cup. Mr Luck will judge the videos and pick the top three trick shot. The more creative, the better. To access the PE activities simple open the ‘PE with Mr Luck’ channel in your child’s class on Microsoft Teams and access the PowerPoint for the corresponding week of the term. There are also links to videos that explain different activities in more detail. Any question, please don’t hesitate to contact me via email brendan.luck@twb.catholic.edu.au. 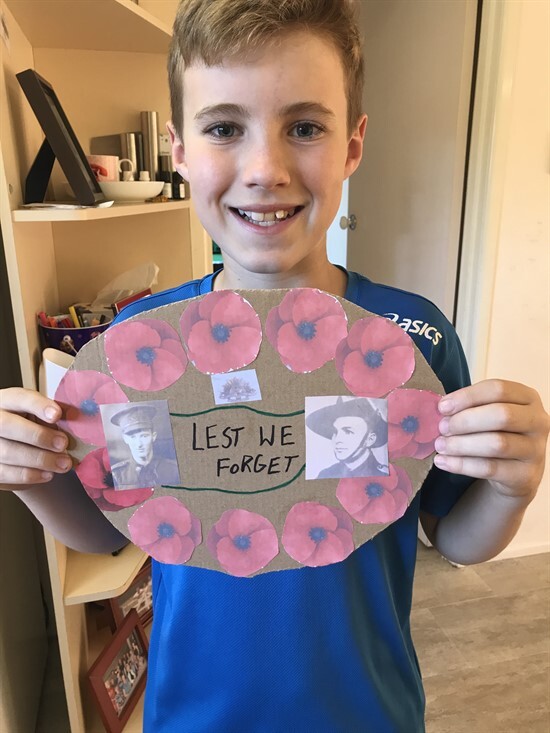 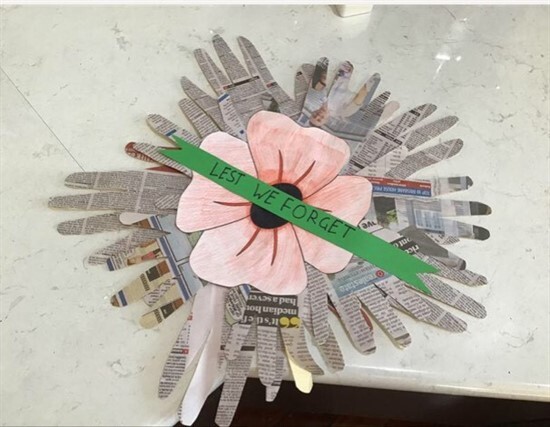 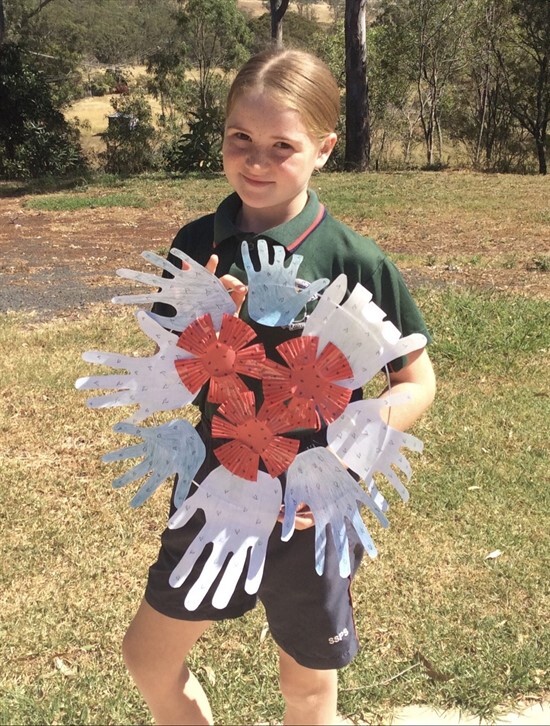 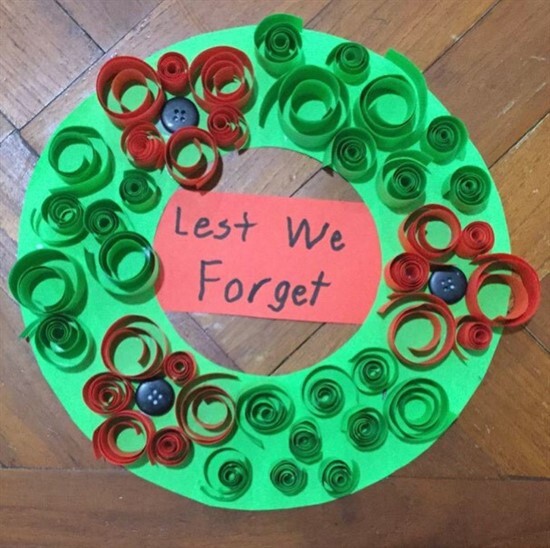 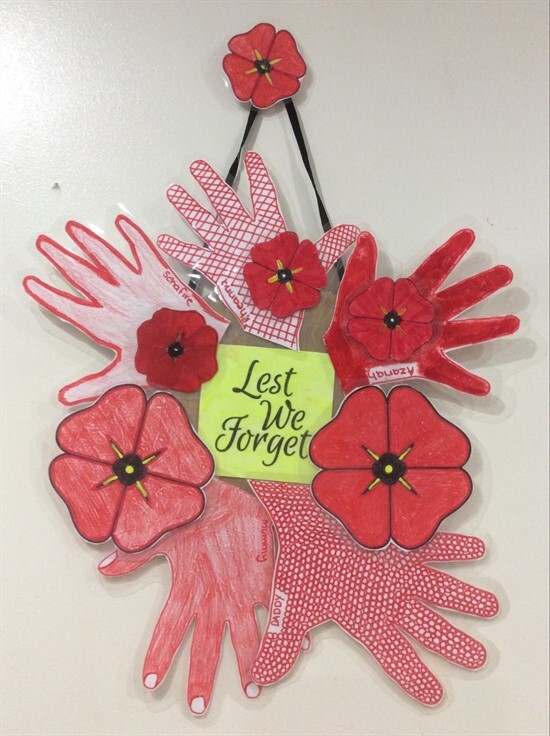 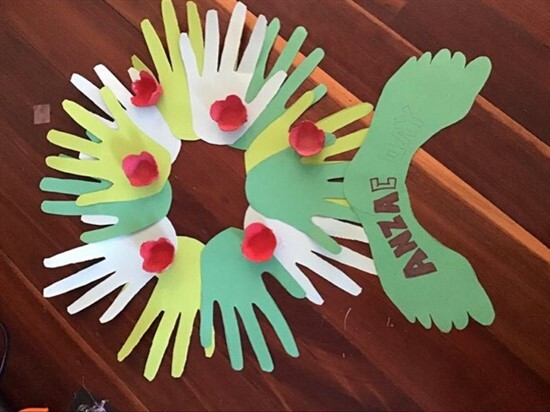 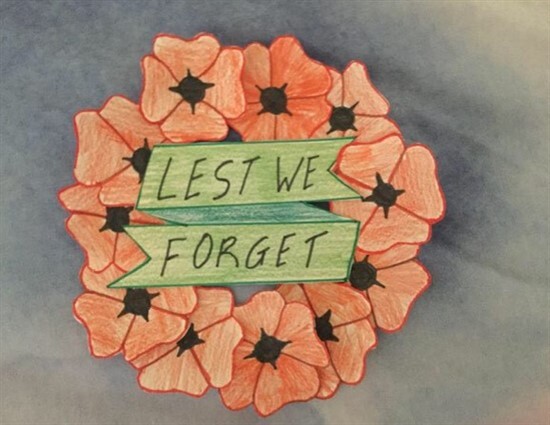 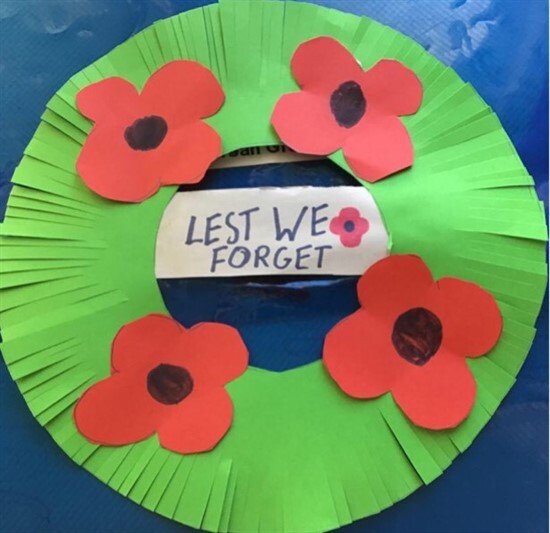 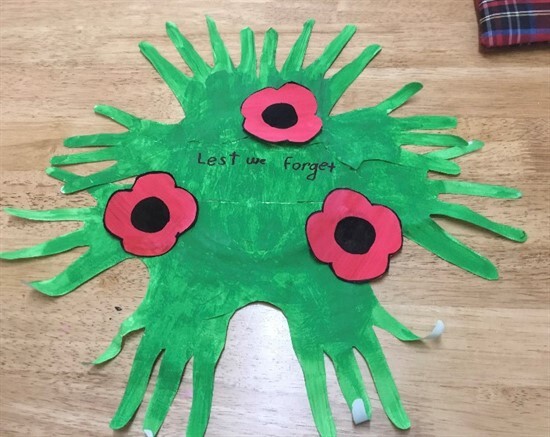 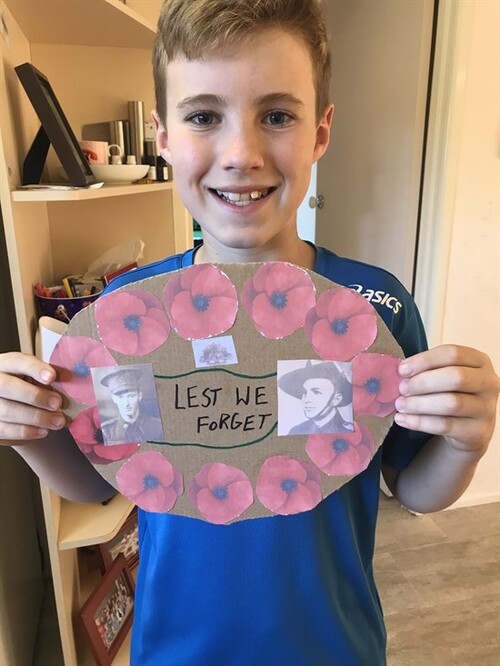 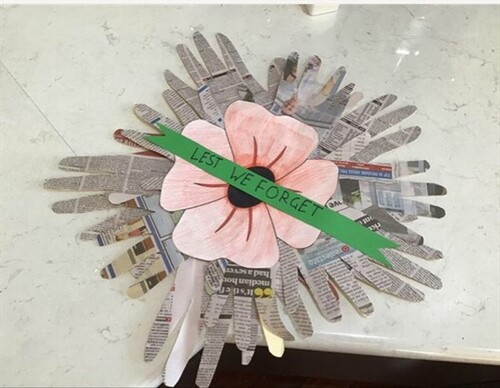 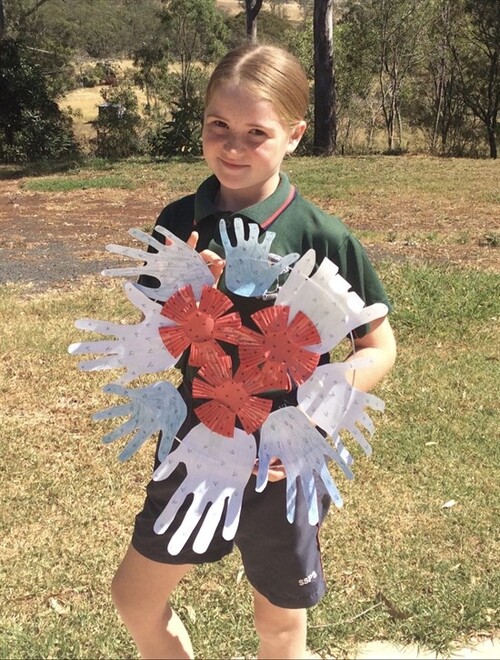 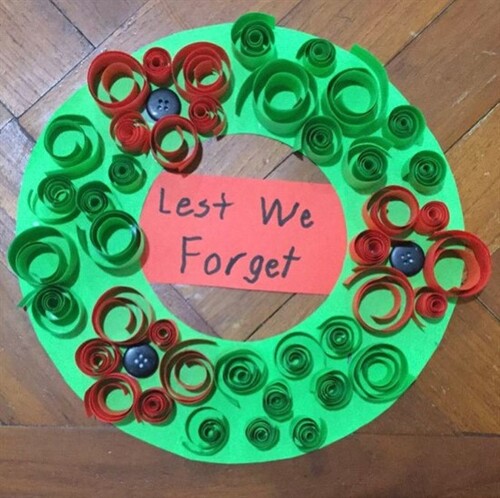 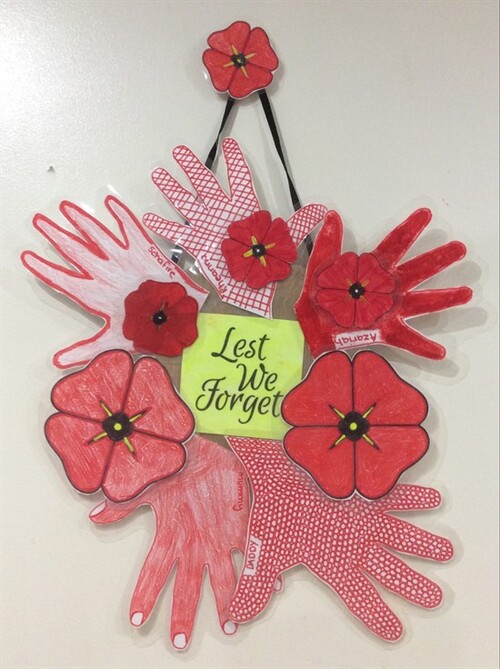 From our School Counsellor

Dear Parents and Families,
This week has posed many new and unprecedented challenges. I want to commend you all for accepting these challenges with such openness, humour and positivity. As the weeks progress and we uncover new challenges, remember that help is available to you and your family if you start to feel weary (and we all do from time to time- it’s what makes us human!). Here are some of the wellbeing resources available to you and your family at this time: 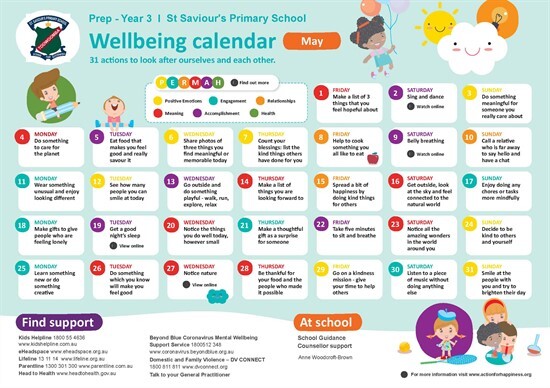 Please ensure you have access to the St Saviour's Primary School app SZAPP.

Information on how to download this app is below.

Please note that Skool Dayz Uniform Shop will only be operating via appointment only.  Please contact Dan Eagleson directly during business hours on 0481 318 398 to arrange a suitable time for uniform purchasing.  Winter stock has arrived for parents wishing to purchase jumpers etc.

Hall-Thorpe Before and After School Care:

Hall-Thorpe is still providing before and after school care.  If you wish to book your child in, please contact them directly on 4638 7965 or email admin@hallthorpesports.com.au